Kangaroo Bay is a protected cove located in the heart of Hobart’s eastern shore in Clarence. Historically an under used reclaimed open space which has been forgotten about over the past decades.

Playstreet were appointed to guide the design direction for all capital works within the waterfront precinct from planning through to construction. This included multiple design reports and capital projects running concurrently to one another, with the centre piece and heart beat to be the Kangaroo Bay Parkland.

The playground concept derived from the historic connections to fishing boats and river crossings.  The nets in the play ground are draped so as to resemble the fisherman’s nets of times gone by with the lovely little wooden sailing boats facing in the direction of the Derwent River and with a view through the existing masts of the yacht club, to the borrowed view of Kunyani/ Mt Wellington, with the sounds of the clinking masts and the cries of the gulls adding to the experience.

Care was taken to ensure it would be a parkland for all, a space that could be wholly enjoyed by the entire community. Areas for play, gathering, spaces for events and markets are thread throughout the parkland, complemented by a public art strategy.

The playspace was an instant hit with a number of online and newspaper polls voting it the best playground in the state.  A large amount of the users are travelling from the northern districts to use the water play as it is the first park to incorporate water as a play element. Considered risky in the Tasmanian climate it has proved to be the most popular aspect of the park.

There is a calmness to the park.  Derived from a combination of materials- timber, sand and soft grasses blowing in the wind with pops of unexpected colour in the furniture and flowers in the garden beds.

A space full of opportunity to meet, gather, laugh, play and contemplate. The park encourages interaction between parents and children rather than a ‘set and forget’ approach. The challenge for todays families is to rediscover the value of outside play as an alternative to screen time. The high usage and feedback of the park suggests this is one of the outcomes of the space. 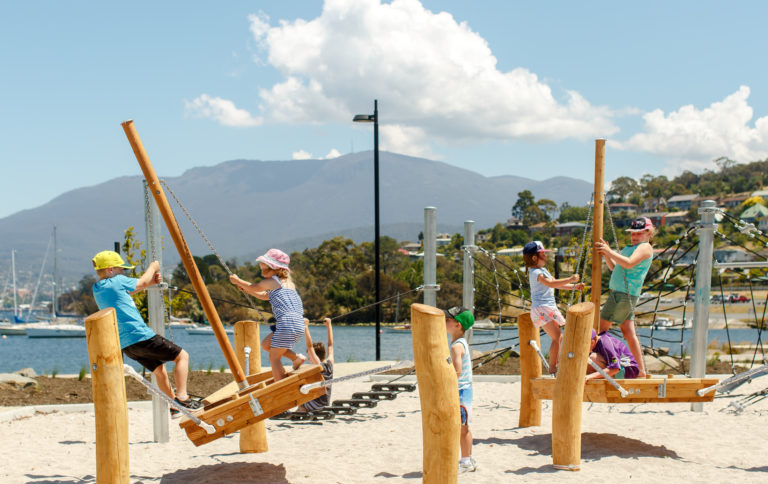 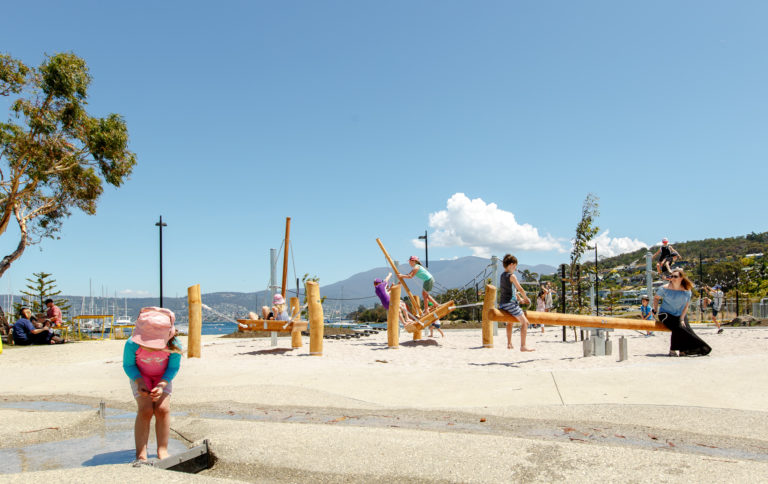 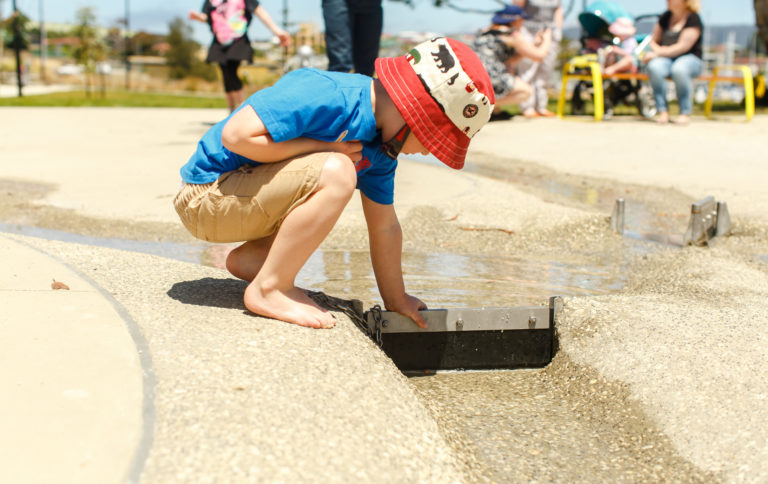 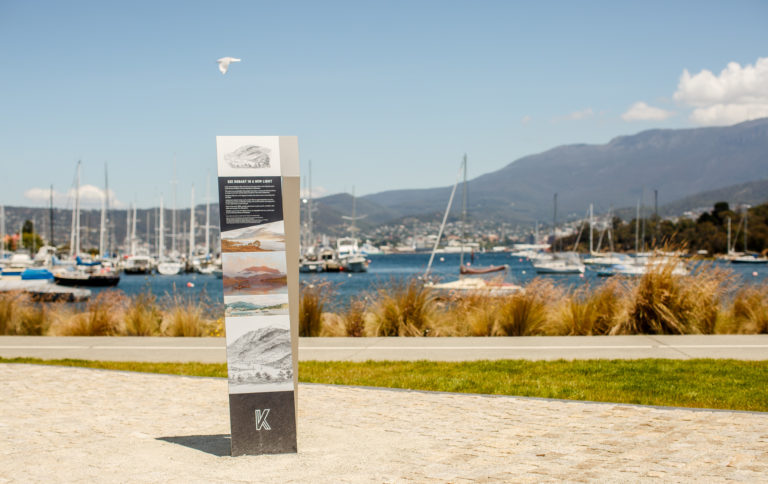 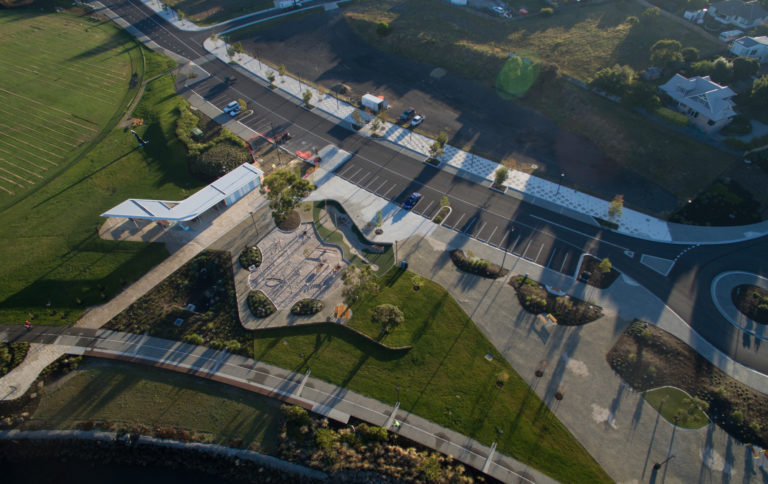 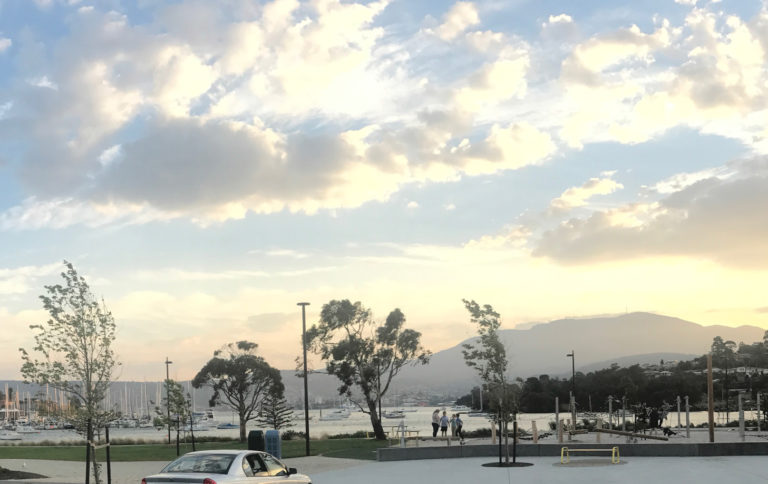 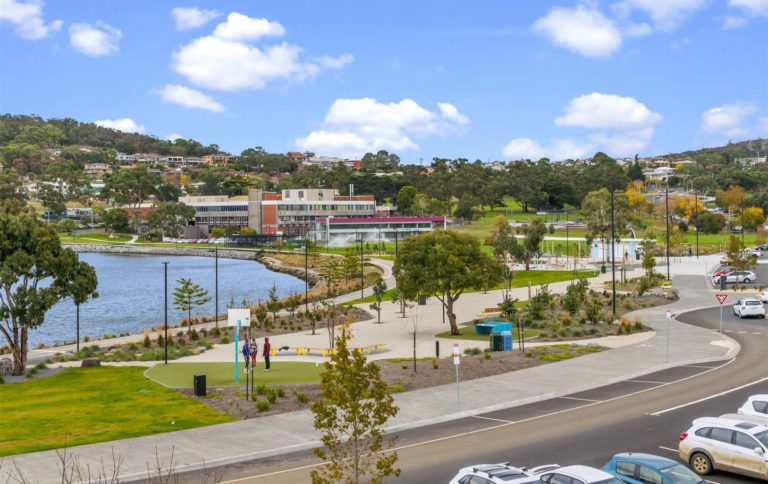 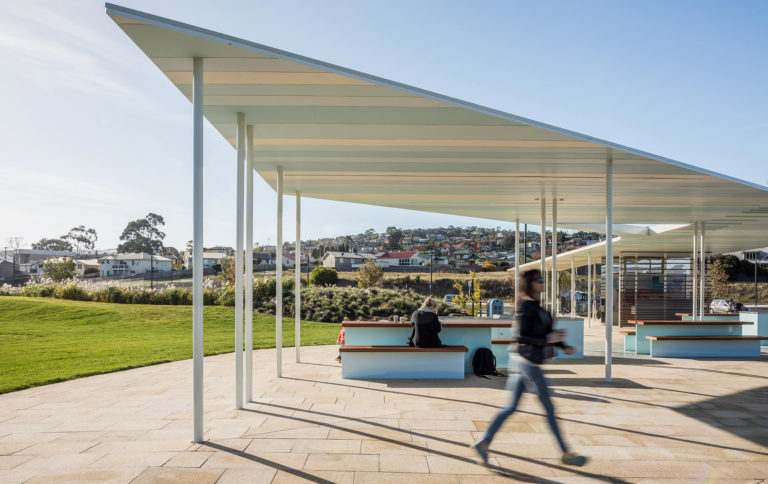 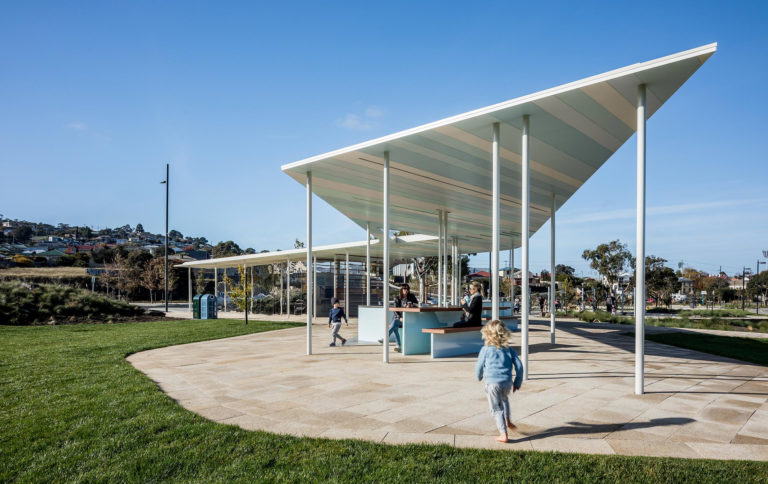