A little over a decade ago Playstreet was briefed by a small local Catholic school to re-imagine their typical school playground and take a step back from the masses of brightly coloured fixed equipment and abundance of man-made materials typical of the time.

The school requested more natural elements to be incorporated in the playspace, including natural materials and flexible and imaginative learning opportunities such as loose-parts play, water, sand, and messy mud play usually found only at home.

The nature based play ethos then flowed on to state and independent school systems, and to date Playstreet has been involved with over 70 early years play space designs around Tasmania.

Critical to the success of an early-years playspace is affording children the opportunity to contribute to the design. Traditionally a design brief is provided by the school business manager and Principal, and while the playspaces resulting from these briefings are usually well accepted by the children, they can all-too easily miss the details only apparent to a child.  Consultation strategies must be carefully crafted for this age group, as a simple question of ‘what do you like in a playground’ will inevitably render answers of ‘Swings!’. ‘Slides!’ and not get the crux of why those things are so enjoyable.

In order to get the best results from consultation we have developed a system based on the seven senses, where we discuss emotions, aspirations and other abstract concepts – which enables us to tailor play spaces to suit a variety of children.  This method has resulted in some unexpected and beautiful ideas being incorporated into the play spaces that result in a real sense of ownership and contribution for the children. The most memorable was for The Friends School kindergarten, where one of the students just wanted ‘bling’ so we seeded the creek bed with blue, green and silver glass pebbles.  Six months later while on a follow up visit we discovered the children had named the creek ‘The Shiny Way’ and had been inspired to create artworks and build gifts for the river. The entire indoor classroom had become a shrine to the creek bed!

Consultation has also revealed the need for ‘Quiet Spaces’ – somewhere to simply relax and ‘chill out’ in the midst of children’s busy worlds of after school activities. In response we have started incorporating soothing mental health spaces within the playground, planted with scented herb lawns to lie on and offer respite from more active areas.

We spend an enormous amount of time on research into early childhood development, attending early years forums and participating in discussions with educators, but what we have come to understand is that the child must be our teacher in these play spaces. We have learnt to stand back and listen to the child’s voice which has in turn enriched every one of these projects.

Initially we had to work hard to convince teachers and parents of the value of the nature based play space, their concerns usually centring around risk and mess. Through re-education and drawing on the enormous evidence and research we have been able to raise an awareness and with nature-based play gathering momentum we face little resistance, if any at all.

Playstreet are now regularly engaged to speak at a variety of conferences and forums on consultation with children and the development of these spaces.

The nature-based play movement is strong in the state of Tasmania, especially for early years, and now forms the basis of every brief for outdoor play spaces resulting in wonderful gardens for children. We have had many reports of positive changes in behaviour, with children growing more engaged and cooperative.

Due to our experience in the area Playstreet was commissioned by the Department of Education to write the brief for the 0-8 year old outdoor learning environments, and worked in conjunction with educators to produce a draft brief in which we described both indoors and outdoors as one wholistic learning environment.

Playstreet also suggested that consultation with the children and staff be made a compulsory minimum 2 stage process, which was endorsed by the Department. The draft brief is currently under review and following approval will form the brief for every early-years space in the state school system. 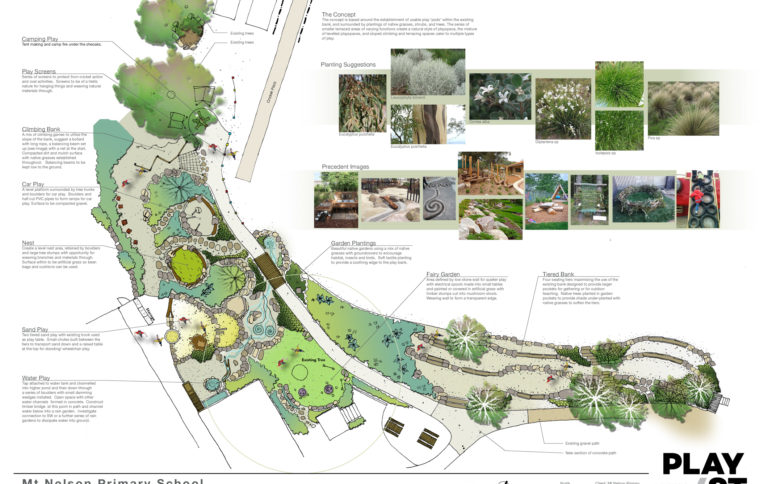 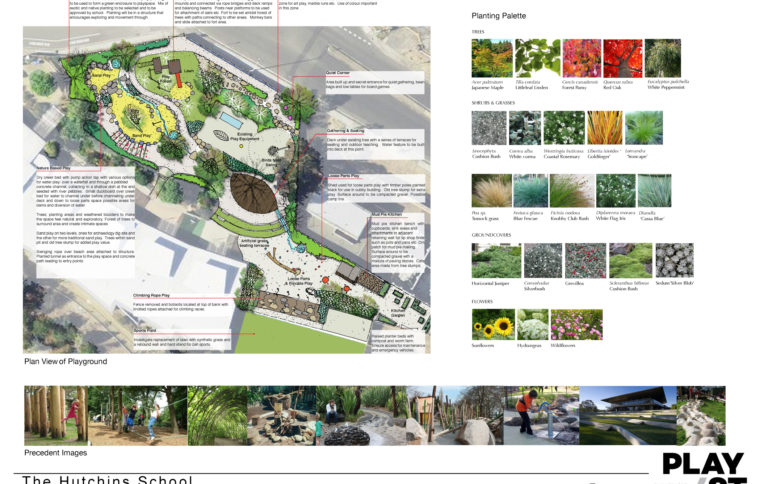 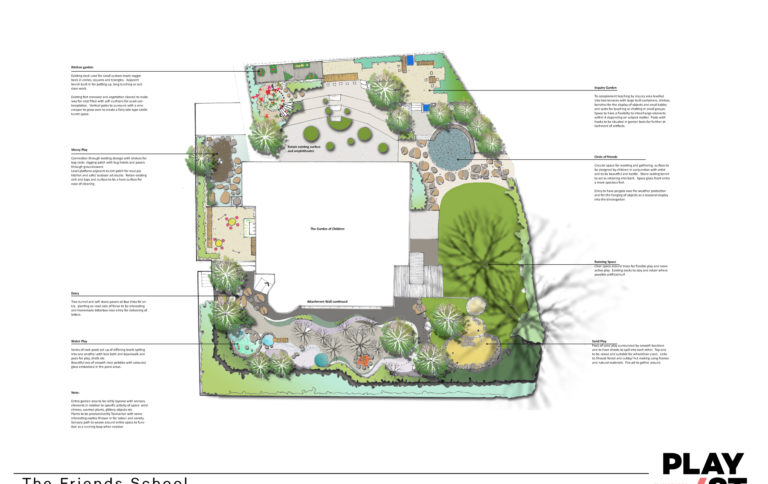 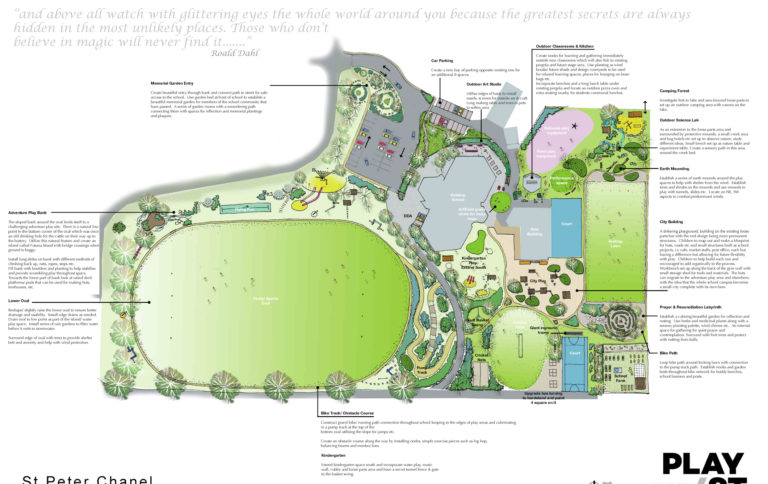 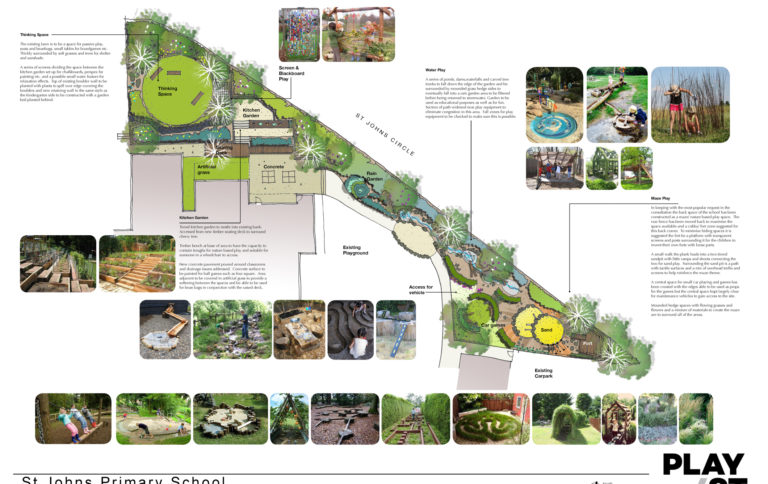 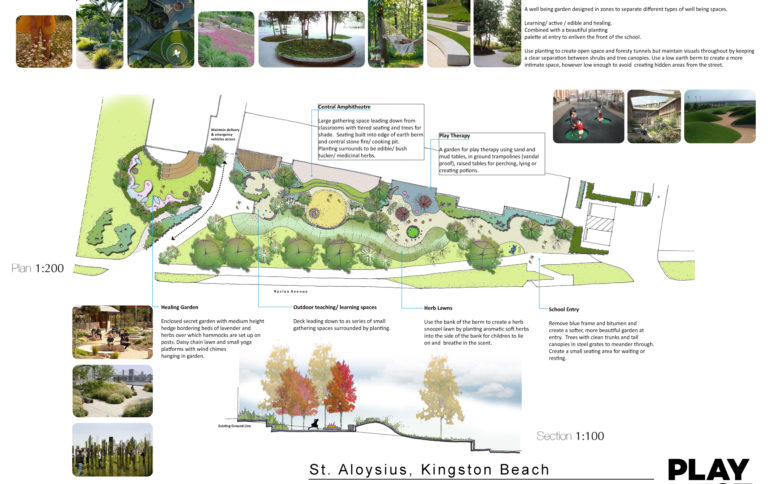 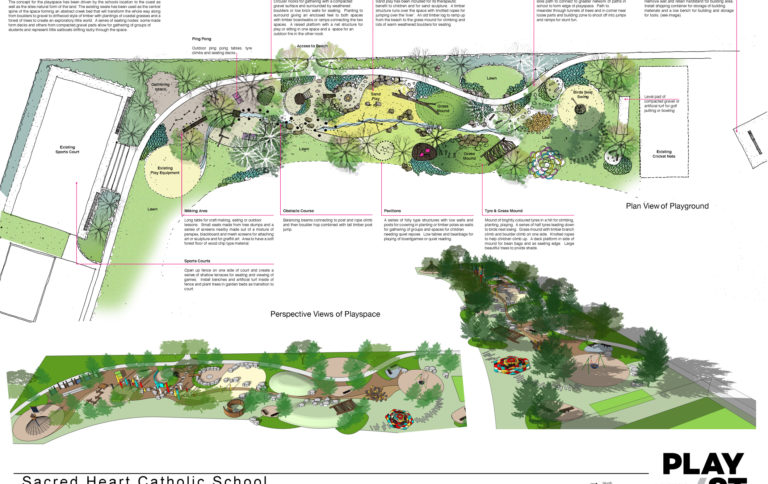 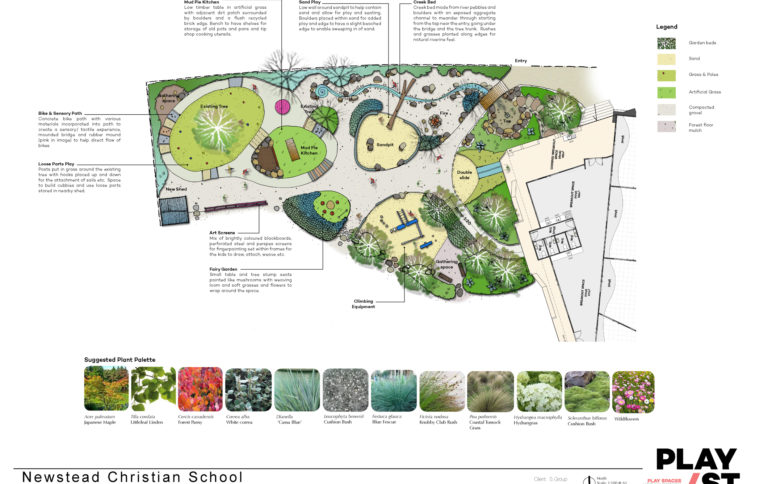 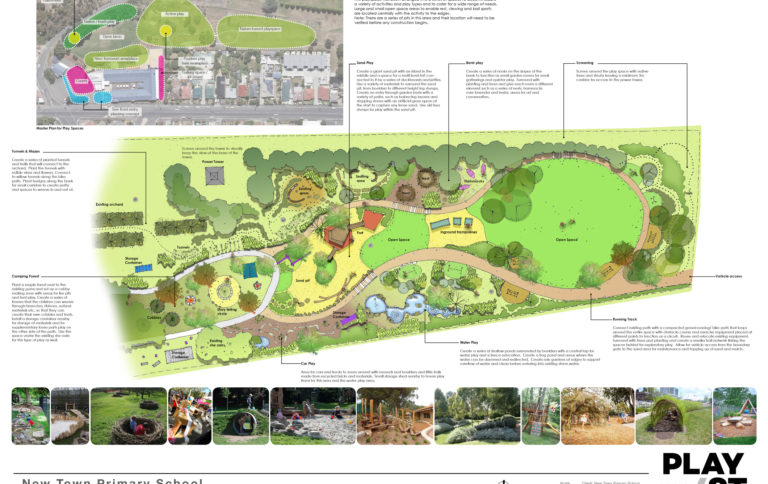 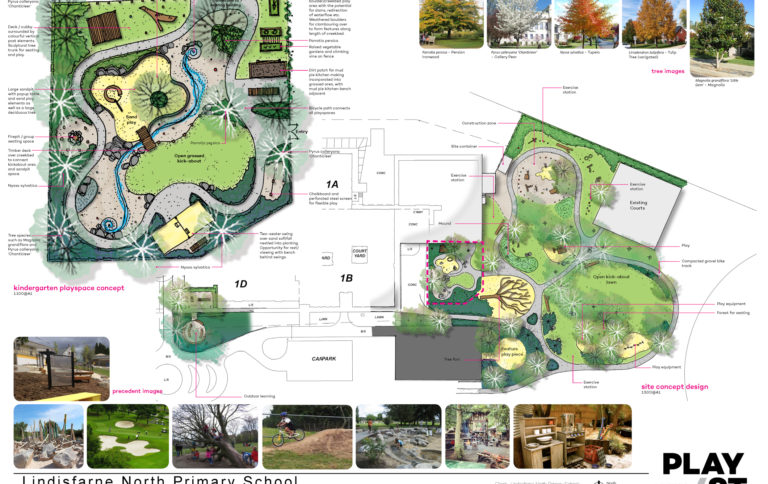 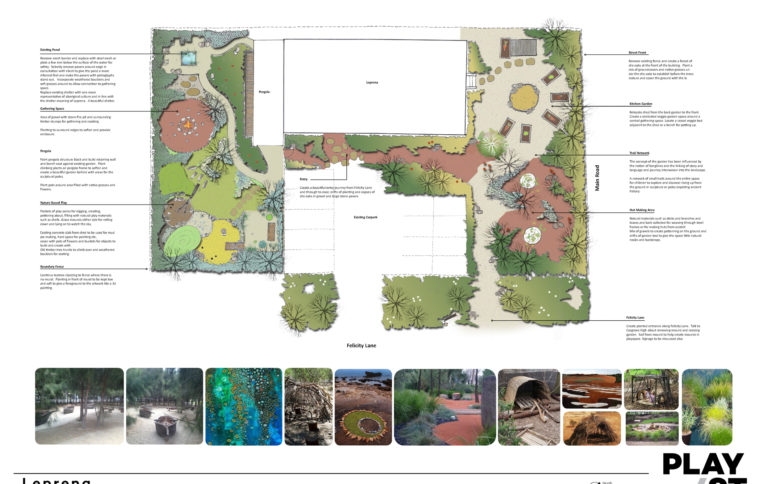 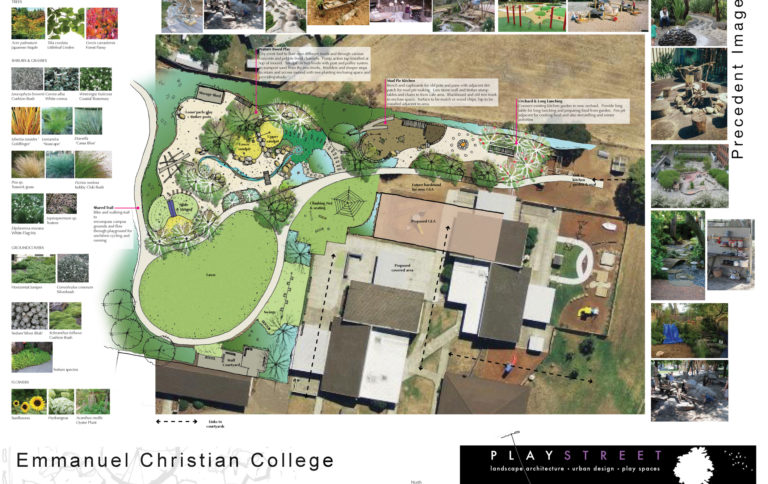 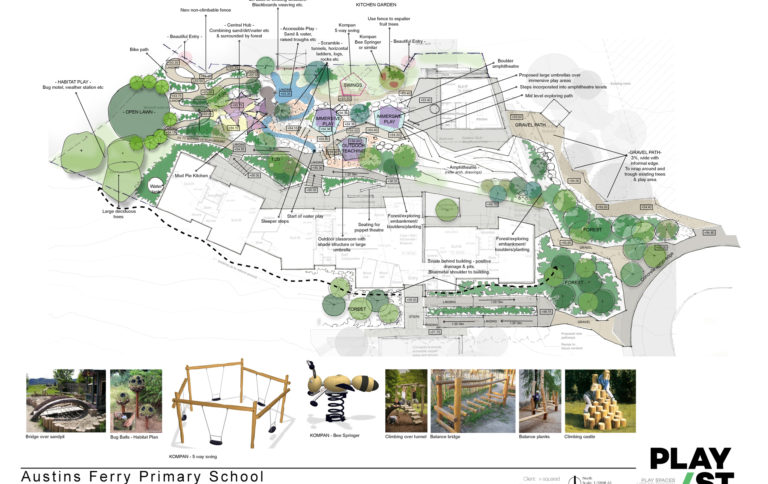