A striking new architectural build had created some dark heavily walled spaces that needed some life for the young family about to move in.  The Taroona Residence was a challenging site due to the  courtyard’s lack of light and the dominant concrete house walls sitting well into the subgrade.

A series of raised planters were designed to hug the edge of the space enabling enough soil depth for planting and some much needed trees.  Plant selection had to be picked to suit the cold and shady spaces while helping to make it look like a lush inviting space. The visual link between house and garden were vital, with courtyards viewed and accessed from the downstairs rooms.

A series of raised veggie beds and a flat grass area on the southern side of the house are located to gain maximum sunlight whilst providing a fun space for the children.

Perimeter planting was designed to block the neighbouring property while not impacting on the magnificent 180 degree view of the Derwent River.

The garden is now flourishing and providing the much needed softening for the house.  It has served the clients well, providing them with a relaxing and virtually maintenance free retreat from their busy lives. 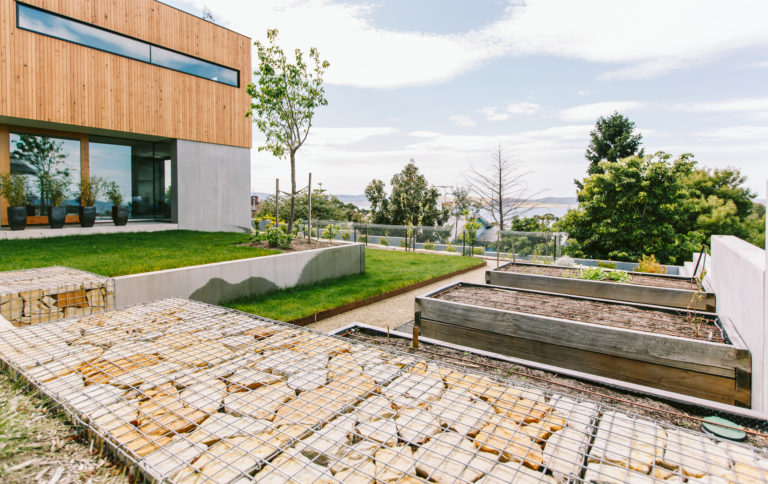 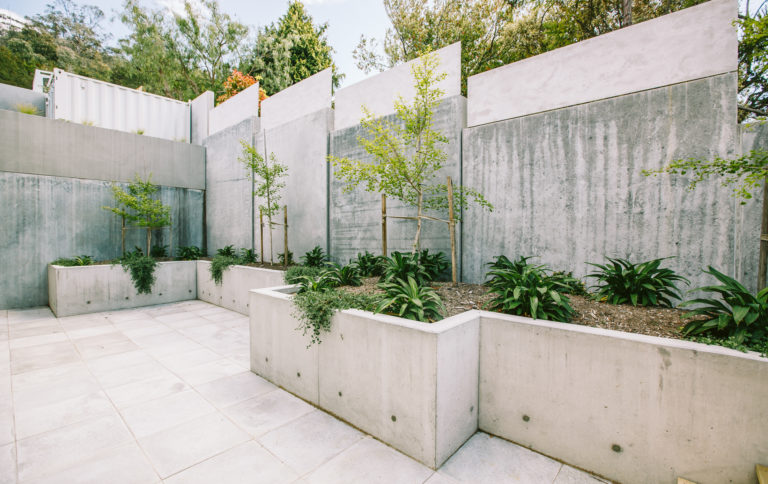 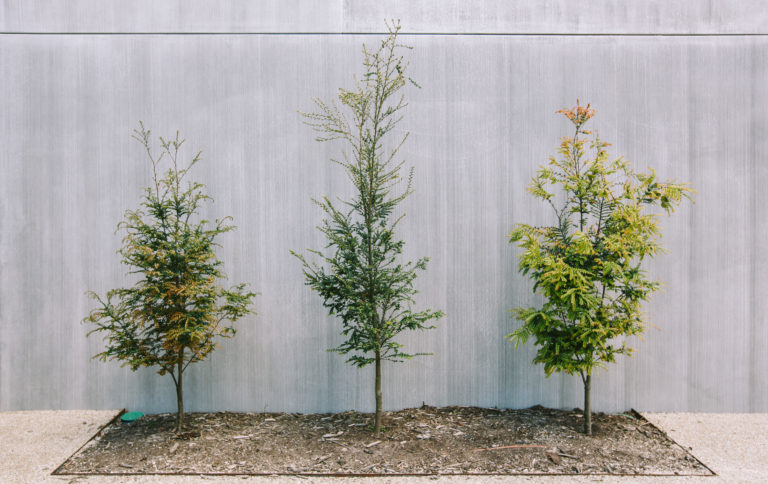 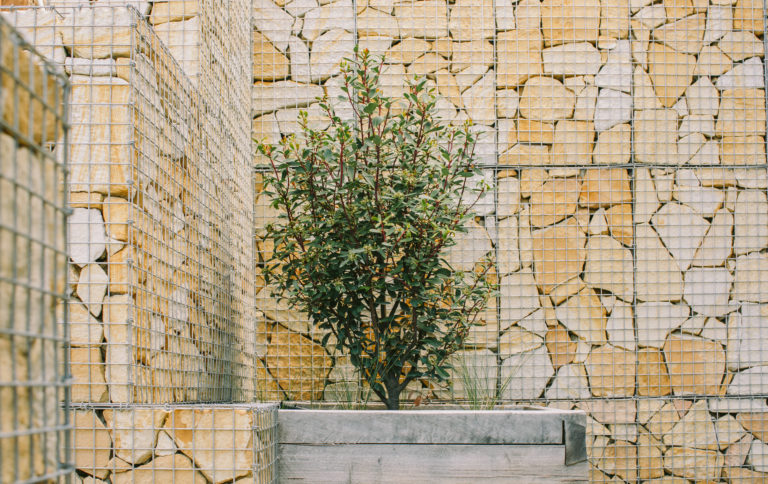 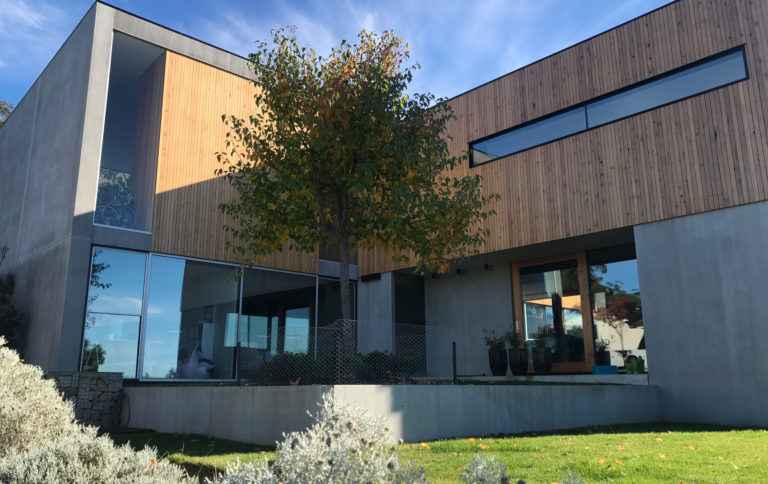 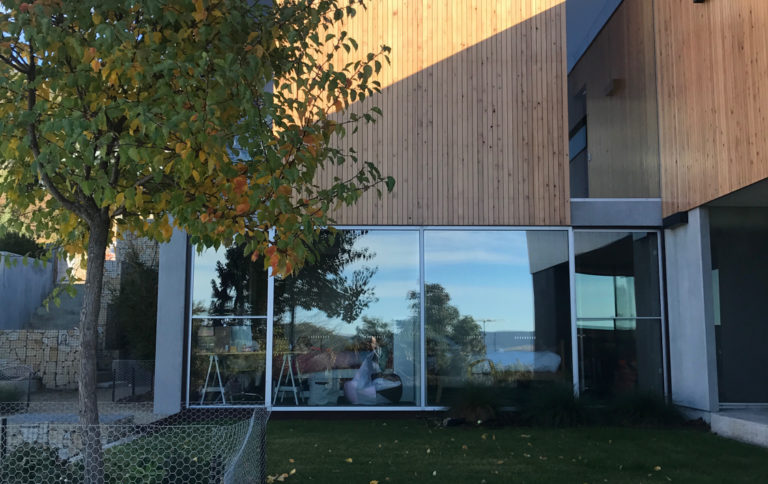 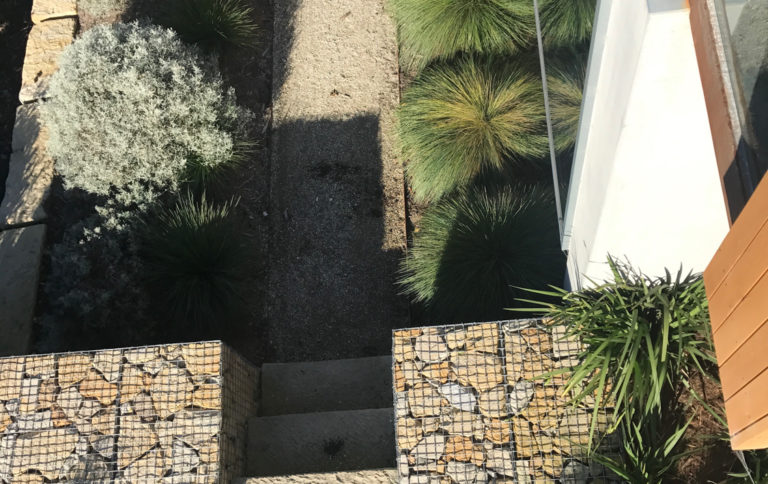